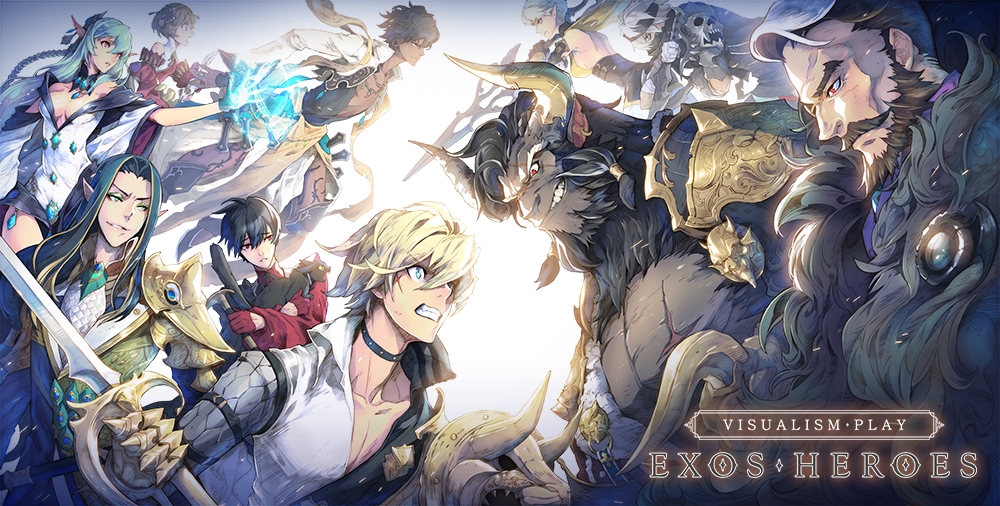 LINE Games’ Exos Heroes is the latest to announce its Halloween festivities ahead of the spooky season. This will include a raid and a chance to get a lot of units for free. Elsewhere in the game, players will also find a new Season 2 episode and an additional feature.

From October 29th to November 19th, there will be a series of Halloween-themed events to partake in. This will include the opportunity to recruit 77 Heroes for free. This will be broken down into summoning 11 Heroes daily for one week.

Players can also face the Quantum Raid which will see them facing off against waves of monsters across different stages and difficulties. Rewards will then be given out based on the rank scores achieved when clearing the raid. The Quantum Raid looks set to be a permanent feature, running for two weeks at a time before revamped.

The last of the Halloween events is the Hot Time Event which is set to run from October 31st to November 9th. During this period, players will fill an increased number of daily dungeon rewards and they’ll also be able to replace Heroes’ equipment for free.

Elsewhere, a new season 2 episode has arrived, Chapter 13: Cause and Effect. It follows Zeon after he regains consciousness with the help of Jinai before setting off to find his colleagues. Upon completing this chapter, players will be rewarded with a new five-star Hero in Awakened Zeon.

Exos Heroes is available now over on the App Store and Google Play. It’s a free-to-play game with in-app purchases.

On the hunt for your next favourite JRPG? Here are 25 of the best available for iOS
Credit: Exos Heroes will celebrate Halloween by giving away free units and introducing Quantum Raids